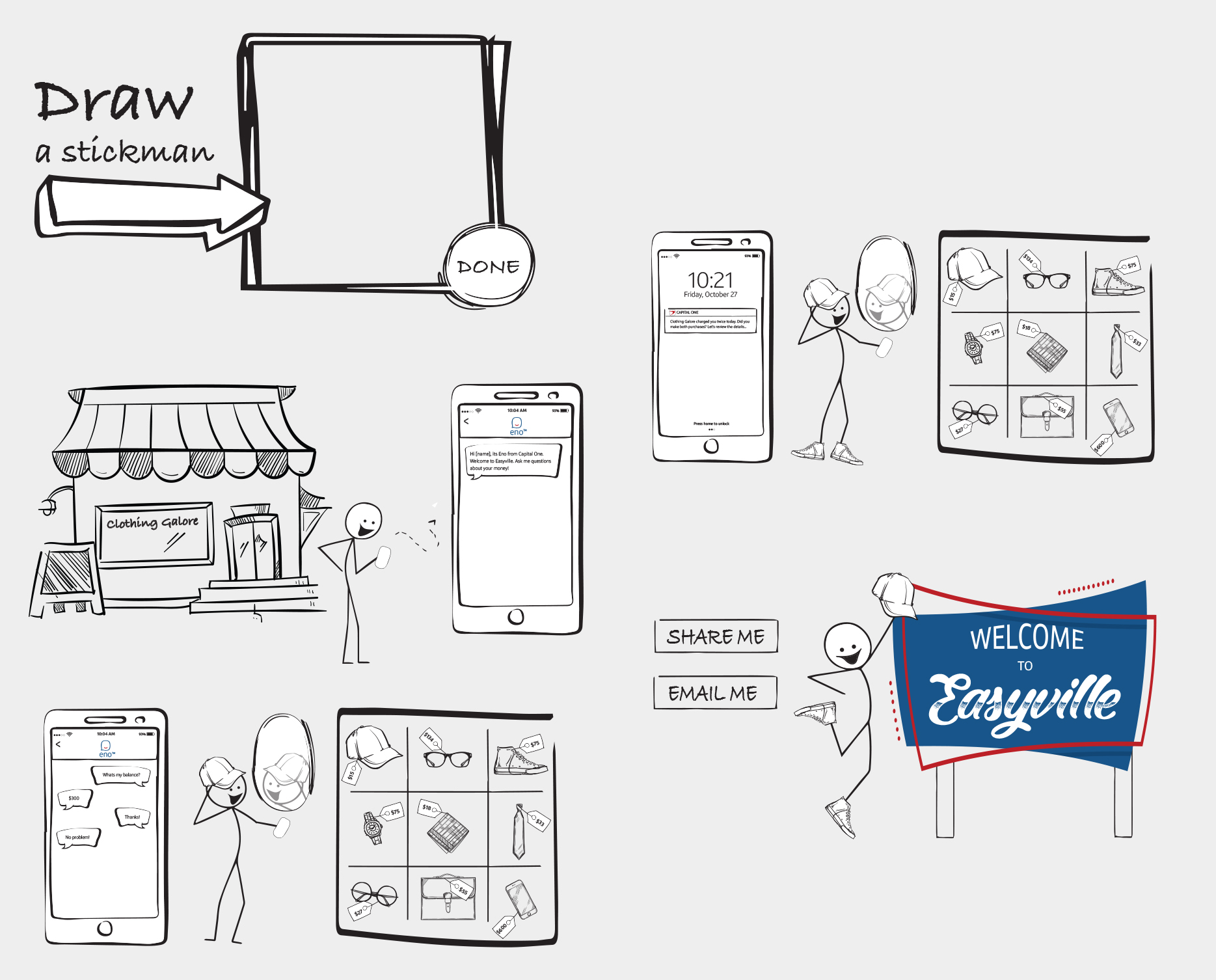 Easyville Concept: This was a concept presented to Capital One for their March Madness Easyville exhibit. In this section of the booth, the idea was to present the users with the opportunity to draw their own stick person and then have them watch a short animation with their own characters on an ipad. The idea behind the whole campaign was to show how easy it is to use their various digital products.

Shooting Hoops Concept: Here the idea was to have a station set up with three customized basketballs for each of their digital products. The user would throw a granny shot and win a smiley face keychain if they sank a granny shot. To help users understand the process, I also created a few digital screens to show instructions on how the station worked, but also to promote the digital products for those waiting their turn in line.

GIF Concept: The idea behind the GIF is there is a dunking station where your photo is taken on a green screen and then quickly transposed into an arena with a crowd and then sent to the user to post on social media. The digital banners and light bursts change to give the GIF depth and also subtly share Capital One promotions.

subdirectory_arrow_left
Back to Portfolio
Menu